Ethuil was the Sindarin name for the season in the elven Calendar which corresponds with spring. 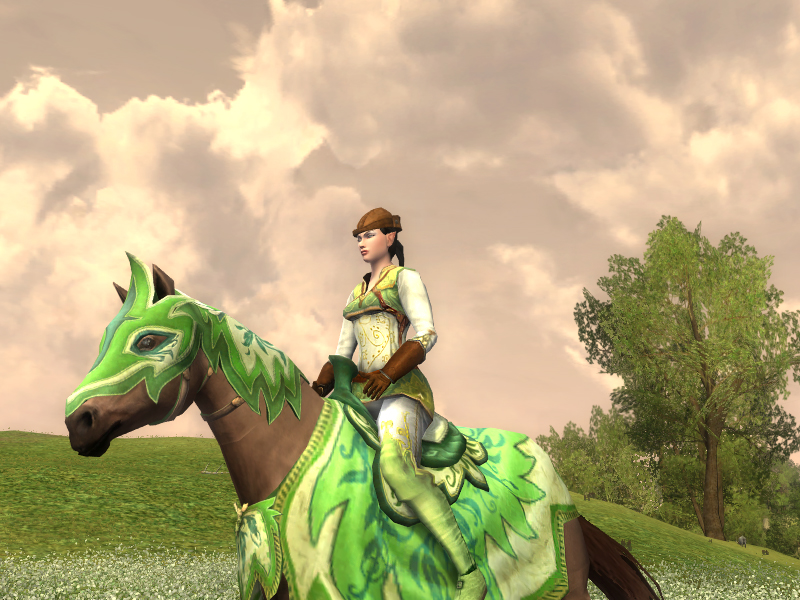 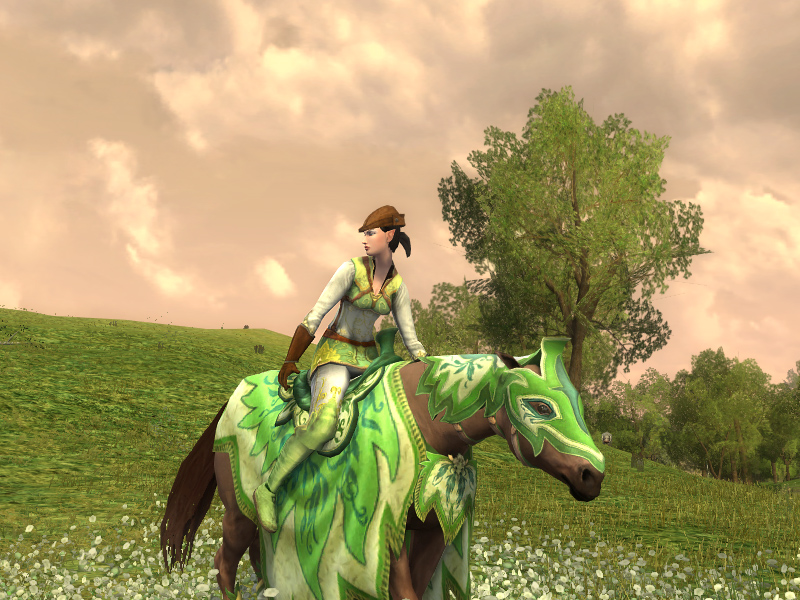 In Lotro we have the spring festival, called Ethuilwereth by the elves, If you wish to visit the festival, the celebrations can be found in the homes of the Elves, Dwarves, Men, and Shire-folk, respectively they hold their events at the Festival Garden in Duillond, the Inn in Thorin’s Hall, the fields north of Bree, and the Party Tree in Hobbiton.
During these festivals players can participate in a serie of quests and activities that give tokens as reward, exchangable for various goodies, like consumable emotes, house furniture, festival themed cosmetics and horses, which change every year.

The 2013 steed was the Lissuin horse, is is a light brown horse wearing a white and green elven tack, in the shape of leaves. I matched the horse with the light annuminas leggings and the Jacket of Woods from Laila’s market a very lovely jacket that actually looks like it was made to be with these trousers instead of the robe that is part of the actual set, all white to match the tack, while I chose to dye the gloves and hat brown to match the horse’s hide. I love that hat, I think it looks appropriate for a rider’s outfit 😉

the horse tack was also available as warsteed cosmetic, here is the caparison dyed rose, from a previous post