Lasse-lanta means ‘leaf fall’ and was an alternative Quenya name for Quellë (autumn). In Sindarin it is Narbeleth the ‘Sun waning’, an alternate Sindarin name for mid-autumn or Firith This is the last of the autumn themed outfit.  The setting for the screenshots is Garth Agarwen… it might not seem the perfect location, with the wights walking around, the dread atmosphere and creepy background music, but at dusk the area gets better, the setting sun gives a nice shade of orange to the reddish trees and ground, and for the short duration of dusk the area might even look not so bad, haha XD 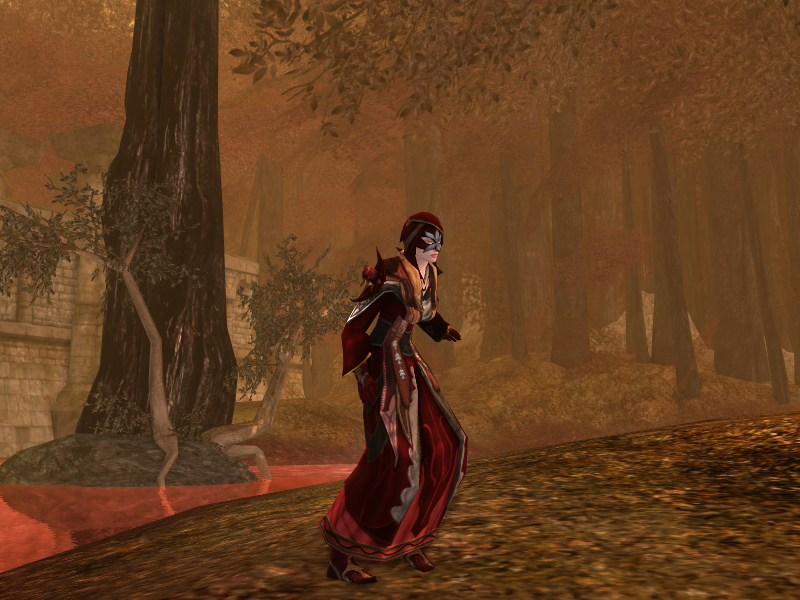 The shoulders I used here are very peculiar, they are from the runekeeper Barad Guldur set (lvl 65) and have a bag attached to each side. The runekeeper items go well with the boots and gauntlets from the hunter set, they all dye in dark hue, nice with the setting of Garth Agarwen XD