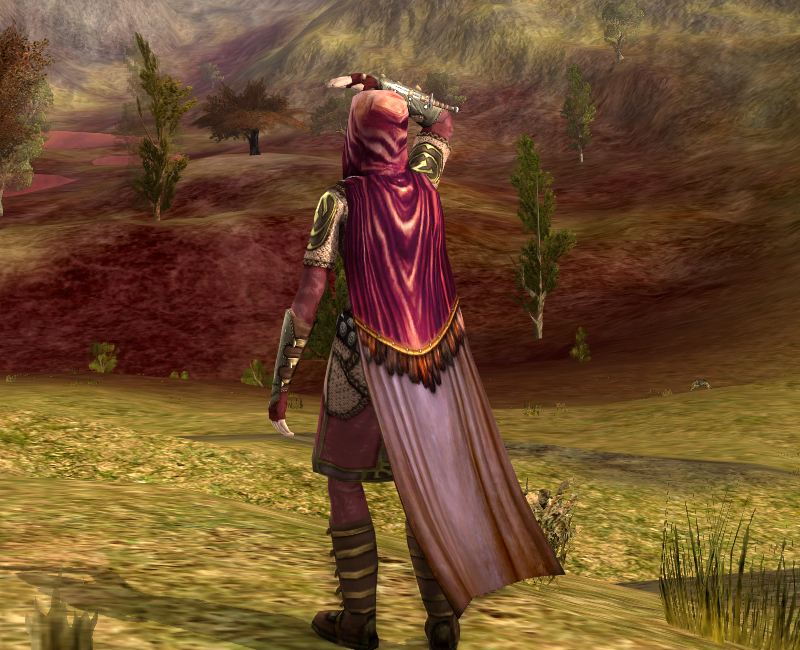 This item is dropped by Naruhel, the boss of the instance Garth Agarwen, Fortress. The color is a unique shade of pink that is difficult to match as it is undyable…. and in my opinion, a horrible pink. I never liked Carchol and it has been sitting in my vault since the very first time I run Fortress two years ago, and I never managed to take this cloak seriously… 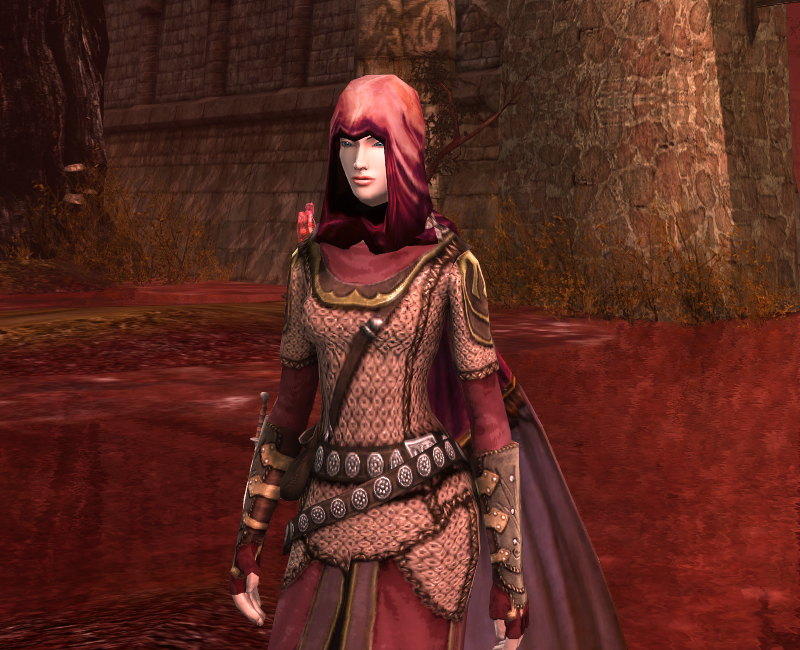 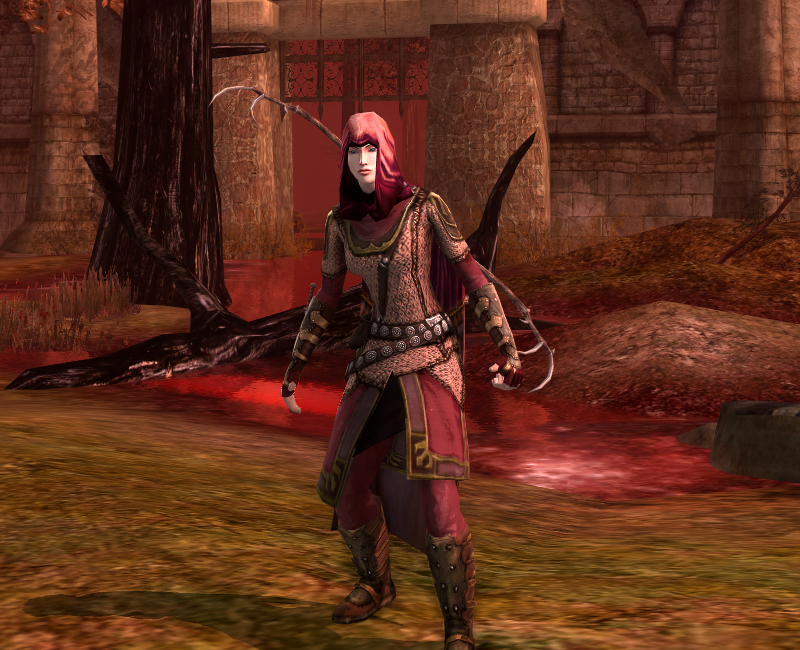 … a novice elven lady level 32 after fighting an army of evil beings, waited to loot the chest and see what was the reward for her hardships… and this is what she found inside. How mean the random number generator was, not assigning the roll for Naruhel’s dress to her, instead receiving this cloak with bad stats and even worse looks! How could she use it in an outfit without looking terribly awkward? Better trash it in the Vault hurry! 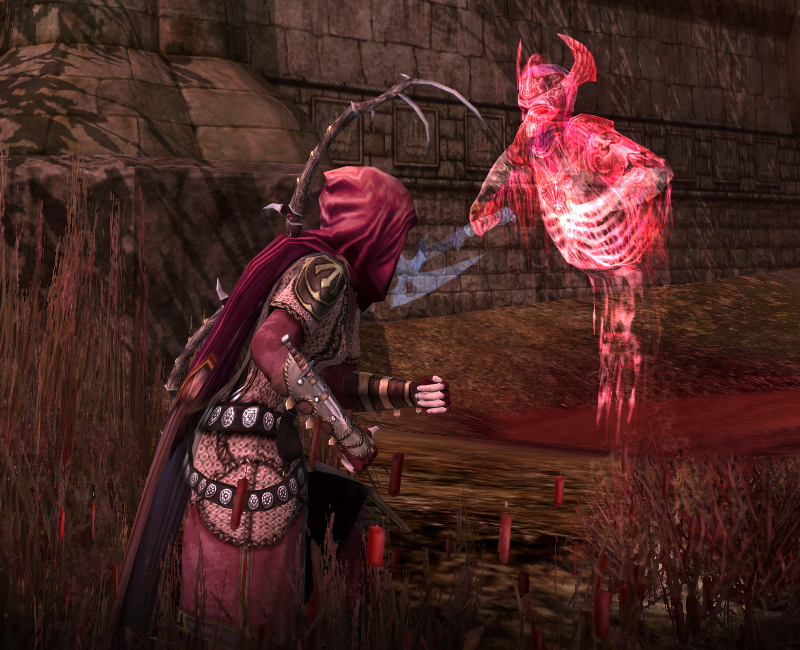 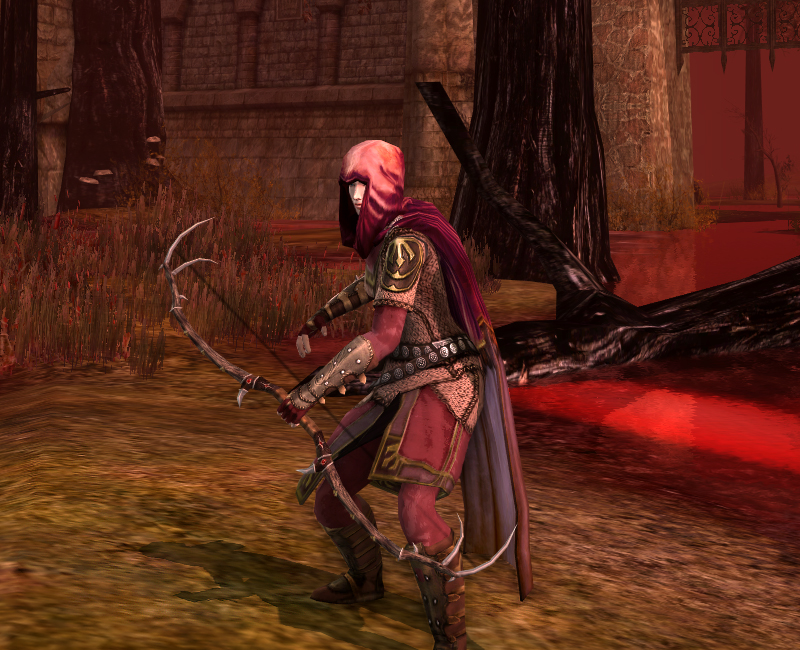 Now, two years later I decided to resurrect this cloak from the dusty depths of my Vault and try to use it in an outfit. The new crafted robe from West Rohan dyed burgundy seemed to work nicely with the undyable pink, and hopefully the hunter theme makes this ensemble “believable” XD