alph, pl. eilph is the Sindarin word for “swan”. We also know the form in Quenya “Alqua”, and Telerin “Alpa”. The word is recurrent in many stories about elves, and in the reckoning of Numenor. It is even given a special mention in J.R.R. Tolkien, The Lost Road and Other Writings, (Part Three: The Etymologies, edited by Chris T.) in which is revealed the primitive quendian name “Alkwâ”, and the root of all variations: Álak.
Swans and feather is also the theme for the new Dol Amroth armour sets, designed in vision of the Swan Knights and scholars inhabiting the city. But the looks are just as good for elves in my opinion 🙂 The sets are nicely decorated, and I preferred to not add anything more than a feathery circlet this time, and leave all pieces undyed. The swan in the screens is a new cosmetic pet, barterable with Dol Amroth tokens, once players get to level 100 and can unlock the dailies 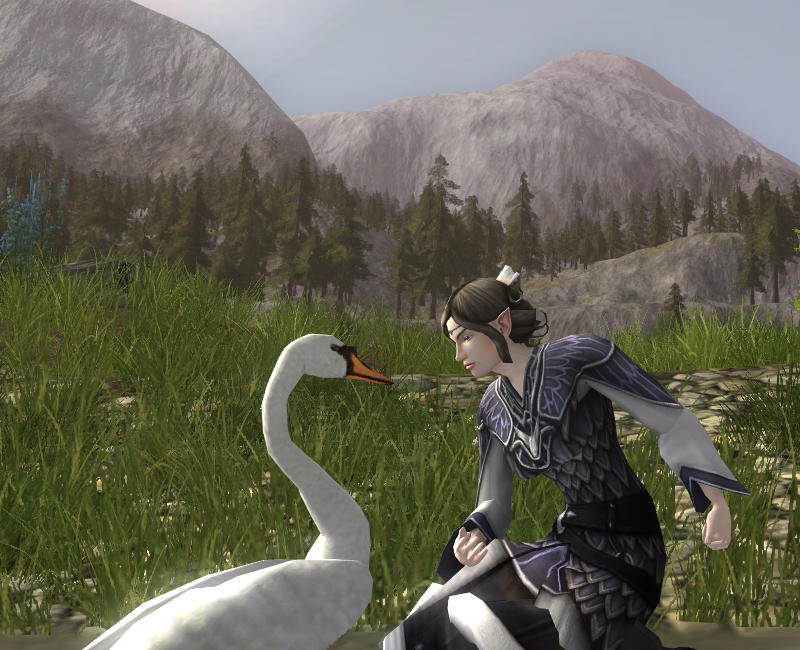 One thought on “Alph”