Tarnin Austa (quenya) or The Gates of Summer was a great feast held in Gondolin to celebrate the coming of the warm season. It was in the year 510 of the First Age, upon the morning of this feast that Morgoth’s armies attacked the city, beginning the Fall of Gondolin (J.R.R. Tolkien, The Silmarillion, “Quenta Silmarillion: Of Tuor and the Fall of Gondolin” edited by Chris Tolkien) 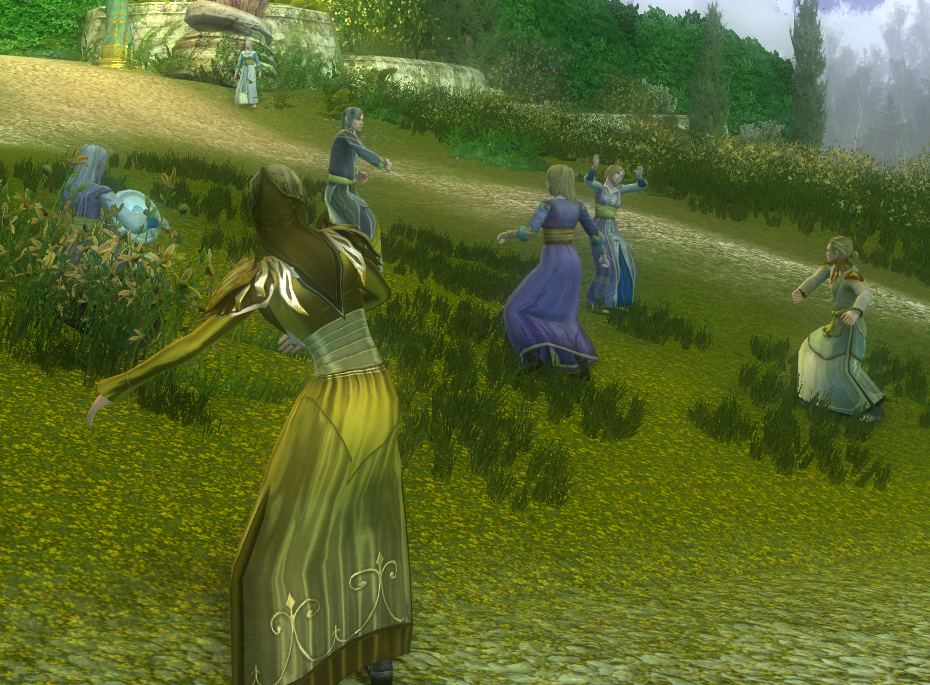 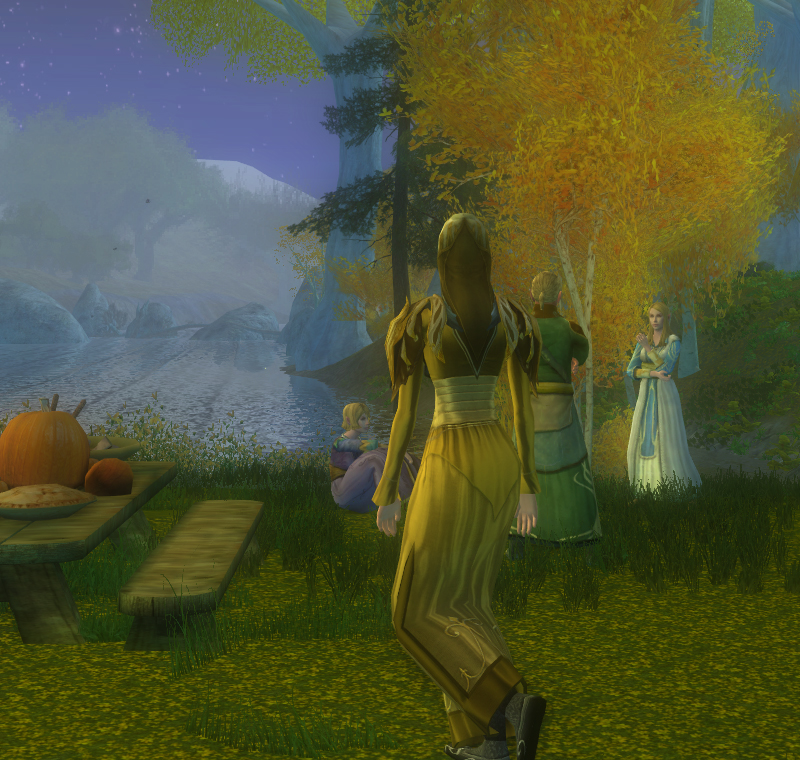 In the published Silmarillion not much is said about this feast, more details however are given in the In early versions of the Legendarium (Book of Lost Tales, Part Two): Tarnin Austa was held on the first day of summer. It was tradition to begin a solemn ceremony at midnight of the designed day, continuing it until dawn of Tarnin Austa. None of the Gondolindrim could speak from midnight to dawn, but the moment the Sun would rise above the surrounding mountains, the Elves would burst into ancient songs, with choirs standing upon the eastern wall of the city facing Anor. At that time Gondolin was filled with silver lamps, and lights of jeweled colors hung on the branches of the new-leaved trees, sprouting just as the ascent of the sunlight 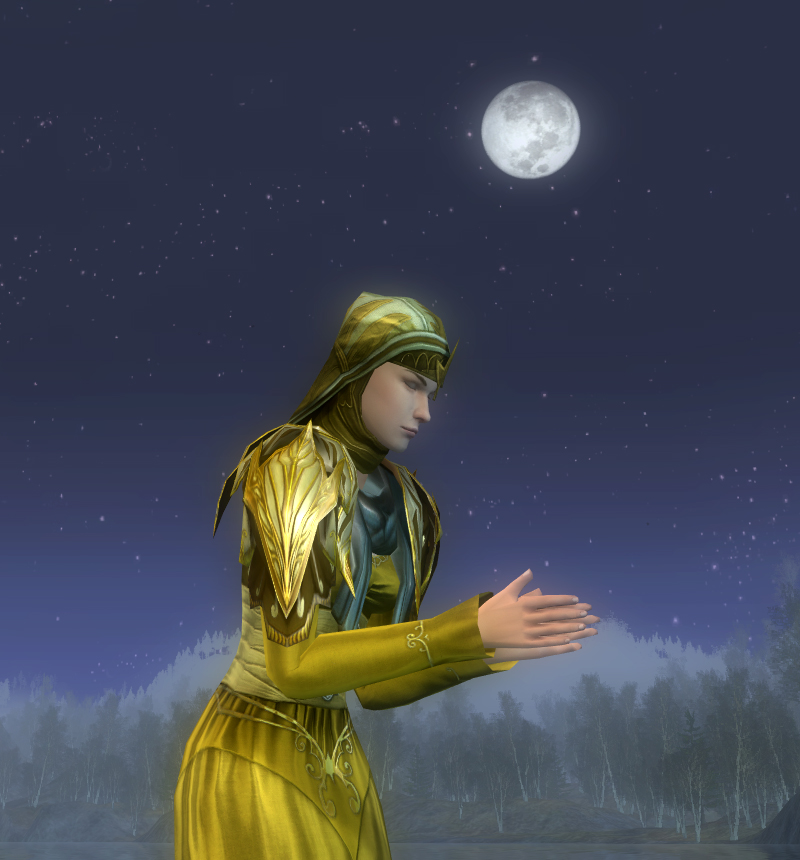 This maiden is patiently waiting for the rise of Anor. Clad in golden garments like the light she loves so much, she does not speak, but gazes at the sky for day to break and sing her welcome to the new season 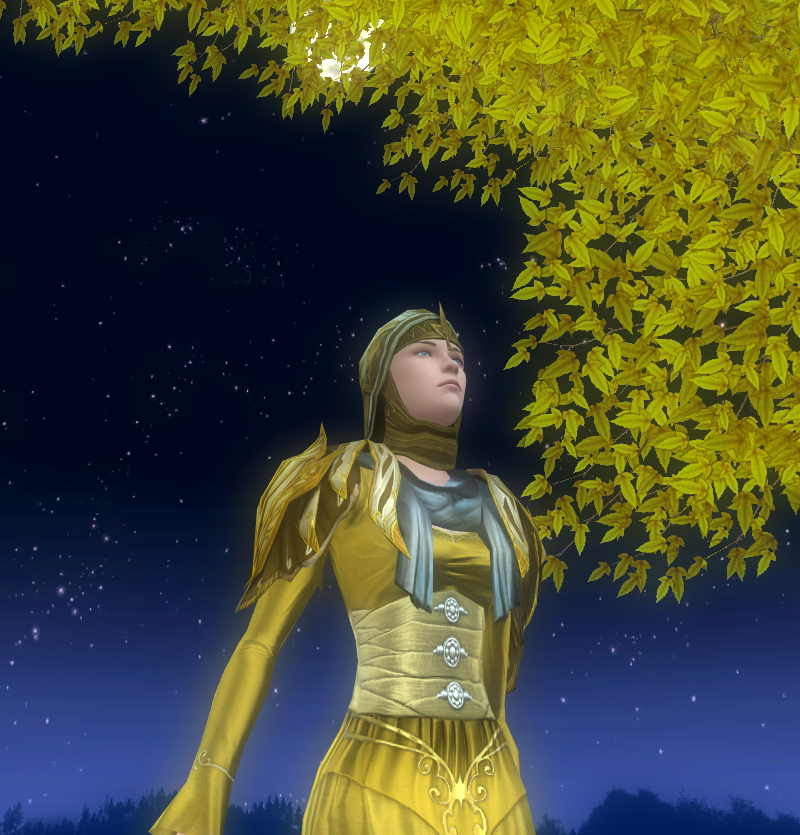 Going on with the regular post, and as summer in real life is ending, I have one more summer themed outfit to show before wrapping up this year Enedhin category. I could have taken the screens in Falathlorn or Imladris, but it didn’t give me the right feeling… so Lorien it is. And those drunked revellers are never tired to have a party XD 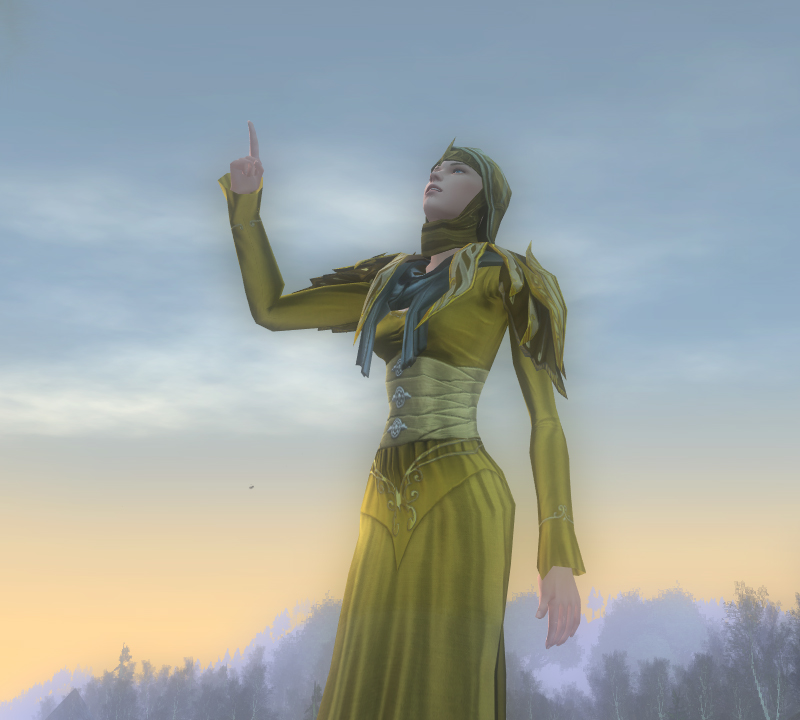