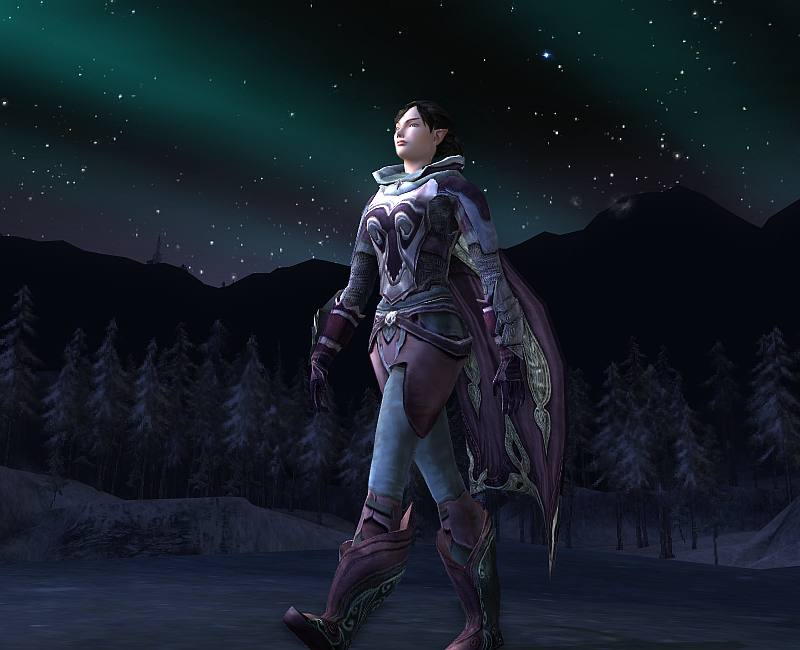 Forochel is one of the regions available in the game Lord of the Rings Online, accessed via the northern end of Evendim. The language and culture of its people, the Lossoth, are modeled after the Finnish. An aurora borealis effect can be seen in the sky at night, it is the only land in the game world where this phenomenon is visible, and has been the only region for about 7 years before Gondor where Belegaer is visible (but playes will freeze to death if attempting to swim in it, be careful!) The aurora in Forochel and the atmosphere of the region at night are what inspired this ensemble. It is not winter yet, but I felt in the mood to do a cold weather outfit! The starting piece were the boots. They are unique looking and belong to the Dar Narbugud warden raid set (or the barter in Ost Galadh, same skin with a different name). The chest and leggings combo I used in an winter outfit waaay at the beginning of this blog, so I thought, why not dusting them off now XD