“But they of the Heavenly Arch being a folk of uncounted wealth were arrayed in a glory of colors.” J.R.R. Tolkien, The Book of Lost Tales Part Two, The Fall of Gondolin 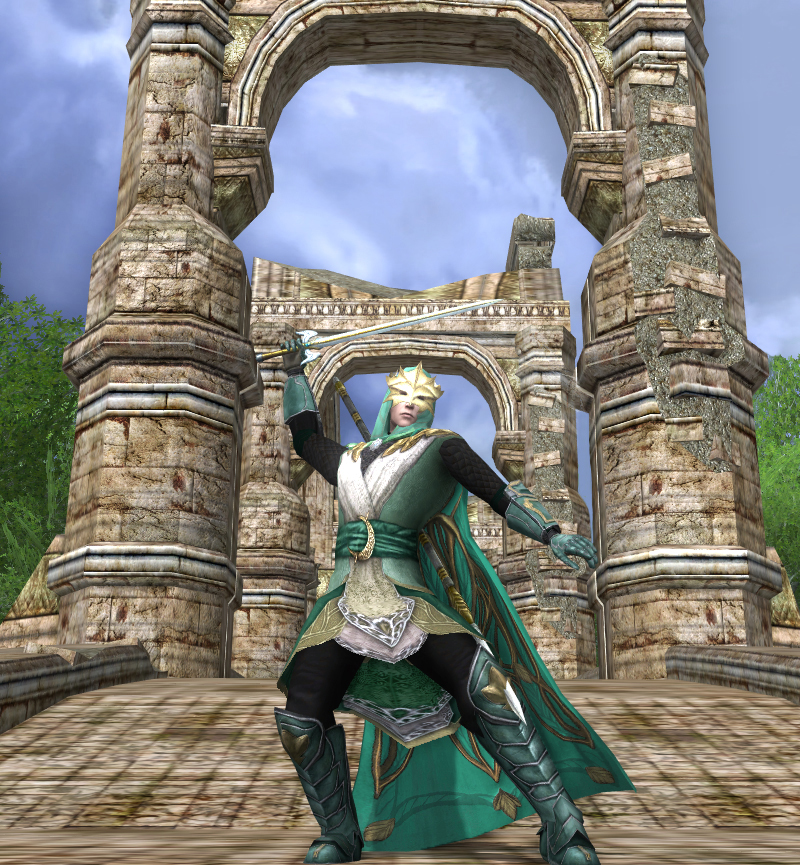 Thlim Quing Ilon or the House of the Heavenly Arch was one of the 12 noble houses of Gondolin, led by Egalmoth. They were a folk of “unaccounted wealth”, and were arrayed in many bright colors, the “heavenly arch” referred to the rainbow their attire. Their arms were set with jewels that flamed in the light over the sky. Every shield of that battalion was of the blue of the heavens and its boss a jewel built of seven gems: rubies, amethysts, sapphires, emeralds, chrysoprases, topazes, and amber. An opal of great size was set in each of their helms. They were great swordsmen, but also great archers, and with the House of the Swallow defended the walls of Gondolin in its northern part, pouring clouds of arrows over the hosts of Orcs. Slowly the battle was lost and they retreated towards the Square of the King, the survivors being gathered together by Tuor along with those from the House of the Swallow. Their Lord and few of the Heavenly Arch escaped the burning Gondolin and most likely dwelt with Egalmoth at the Mouths of Sirion afterwards.

From the description in the book, it seems this house had armour even more kingly than the house of Turgon. This is another house for which I decided to completely remake the look. The old outfit was almost all Ered Luin blue and a bit of gold, while it looked good, did not have the “many bright colors” part, as I feared the “peacock effect”. This new ensemble does better I think. Again Mordor armour saves the day, it is a very much needed breath of fresh air as far as design and options go. Still needs more variend shields though, I did not find any that would go with the outfits. There are surely more arches that are in better shape than the one I chose for the screens (Araniant in Enedwaith) but my reason was to portray how even a house so opulent, brilliant and fully armed could not escape the fate of the Gondolindrim, not all of them at least