The terrain of the Scuttledells of Mirkwood sports sparser forest among rocky hills, boxing exploration into twisting paths that criss-cross at different elevations. It is easy to become lost and never get out… on top of that, it is home to many giant spiders that year by year weaved their webs from tree to tree. Being trapped in them is certain doom, even for the most seasoned of Thranduil’s scouts. This champion among spider slayers however, welcomes a challenge. Armed with a pair of elven swords so sharp to cut the sticky webs in one single slash, keen eyes and sturdy, flexible armour to jump from treetop to treetop she scouts the Scuttledells in search of prey, camouflaged and with the cover of the night. The Great Spiders of Mirkwood have begun to stir again, and the Elves of Thranduil seek to learn the cause. What dire darkness has arisen within the wood to summon forth such evil? That is what she is hoping to find out. 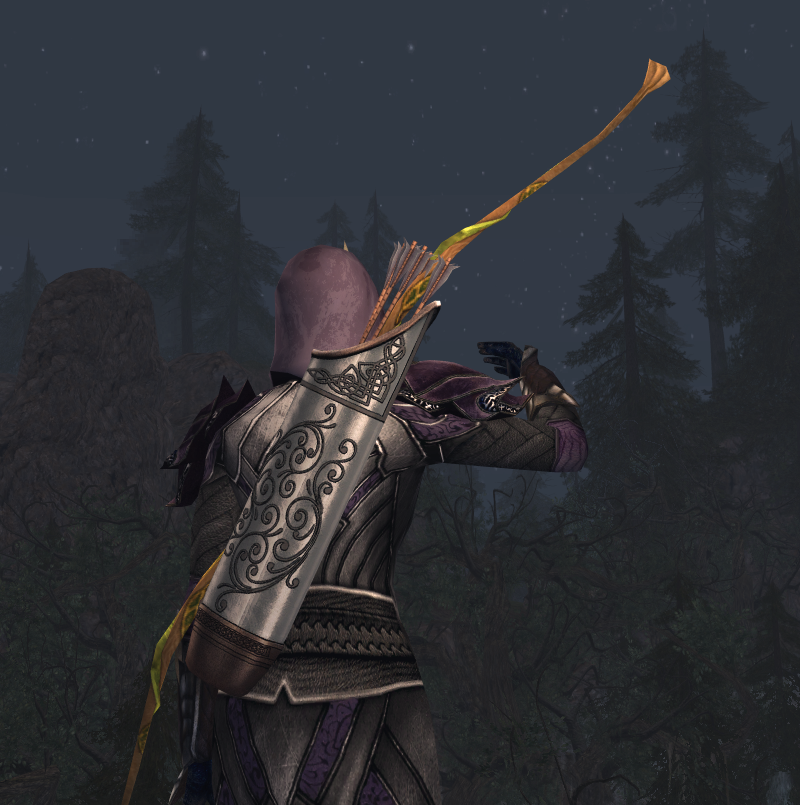 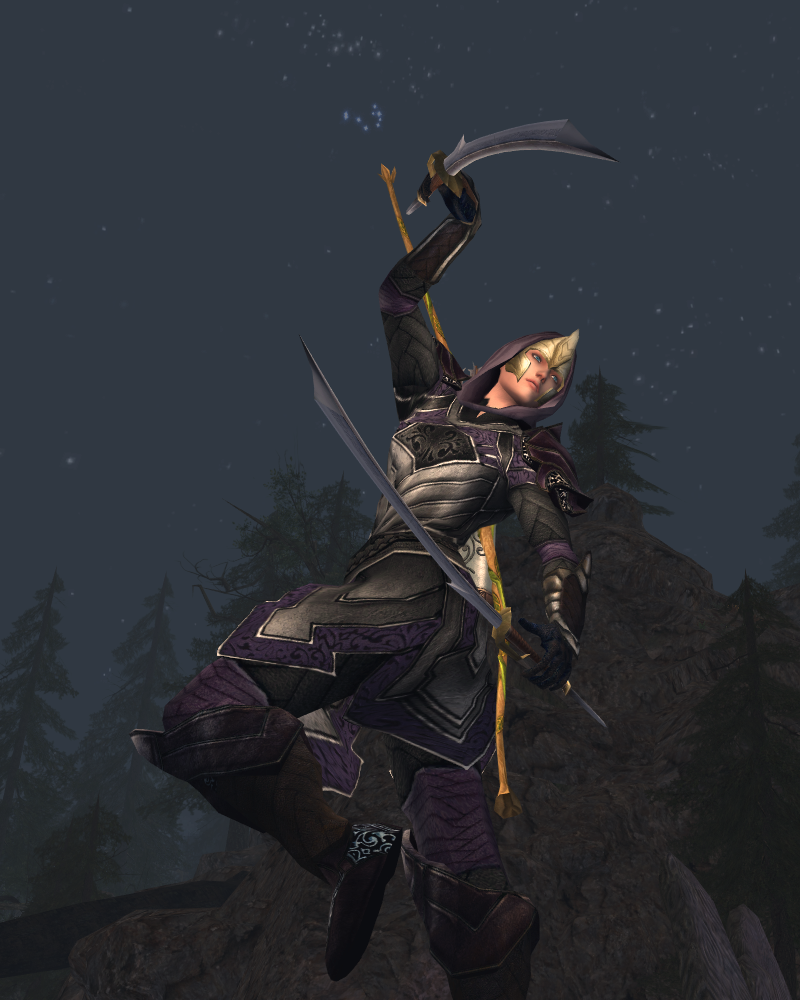 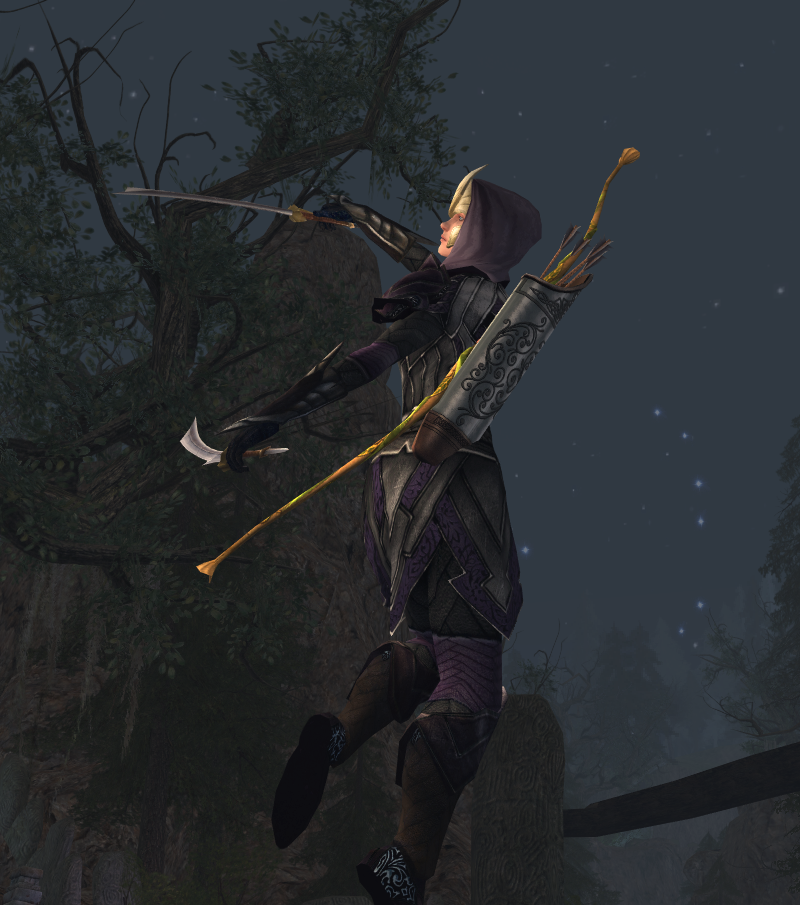 I have not used Mordor armour much, because most of it has some kind of glitch that warps the body structure of the avatars, plus as the recipes are bind on acquire and tied to reputation, a chore to collect. In this case, the boots make the legs bulky, but for the purpose of this outfit I used them anyway. The rope like details and swirly pattern served the look I was going for, sturdy armour yet still with a touch of fanciness. While the color scheme is dark, the quiver can’t be dyed but the swirls tie it with the rest. At least in my opinion XD

6 thoughts on “Champion of the Scuttledells”